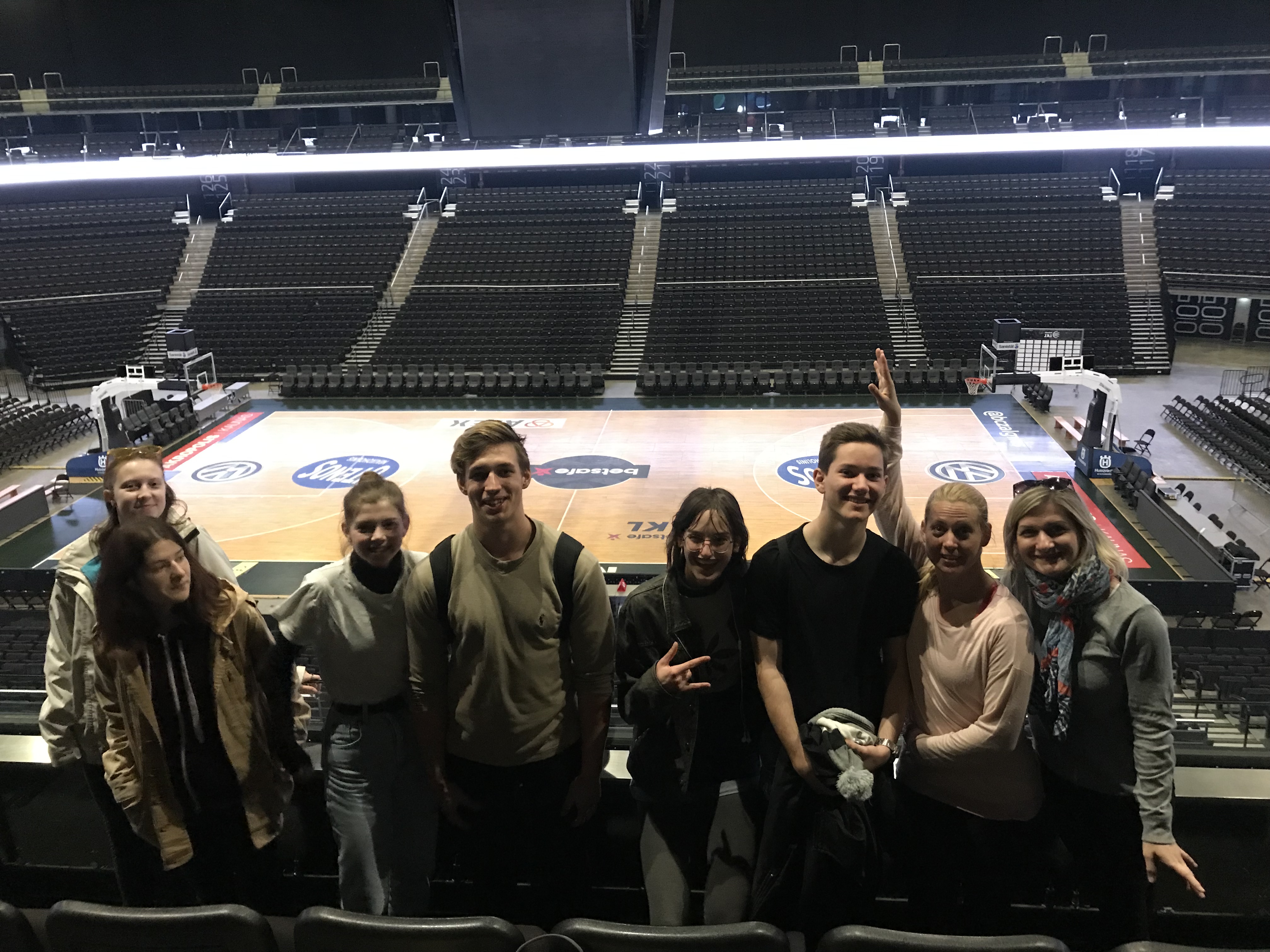 We travelled to Lithuania as part of the PEALS project during 12-18 May in 2019.

The focus of the programme was the connection between sports and the environment, so naturally it showcased outdoors activities. We had the opportunity to discover the geography of the country during this week as our accommodation was far from the city, in a building complex similar to a forest school, next to the forest in Vepriai village. Every morning we took the bus provided by the host school to get to the venue of the day’s programmes.

The first day’s events took place in the school of Gelvonai village. It was as if the school hasn’t changed a bit since its foundation in 1781. We felt like time stood still. After our arrival, we were greeted by primary school students who sang and round danced for us. After this show, the partner schools presented their teams and their presentations about sports and the environment. Each and every one of the Lithuanian, Latvian, Greek, Czech and Hungarian delegations did a wonderful job.

In the afternoon we visited Kernavé Cultural Reserve which is part of the UNESCO World Heritage list since 2005. We followed a narrow path among earthworks which were accessible by stairs. The landscape created by the five earthworks was an unforgettable sight for us.

On the third day of our visit we went on a kayaking tour where we rowed in pairs down the slow river until we reached a camping site where our Lithuanian partners organized a volleyball and a darts competition for us.

The fourth day’s programme was in Gelvonai where students attended PE lessons and discovered the neighbourhood in international groups with the help of activities. We spent that afternoon playing basketball, volleyball, competing in races and relay races and later we went hiking. Trakai is situated on a peninsula among three beautiful lakes. The highlight of our cultural and gastronomical adventures was our visit in a traditional restaurant. There we tried many of  Kibina’s traditional dishes, such as a baked buttery pastry dish which that is originated from, and resembles, the middle ages.

We spend the fifth day in Kaunas, the second largest city of Latvia. This was an important place for our project because of the Zalgiris Kaunas, the huge and unique arena of the Euroleague basketball team of the city. We had a comprehensive guided tour here and after that we visited the sports museum. In the afternoon we visited a Skansen, where our tour guide showed us many local traditions, beliefs and stories to bring us closer to the everyday life of local villagers.

On our last day, students created posters depicting the programmes and experiences of the week. After they presented them to the students of the school, we visited the geological centre of Europe and then we travelled to Vilnius. The Old Town of Vilnius is one of the best-preserved medieval city centres of Northern Europe and it is on the UNESCO world heritage list since 1994.

This website uses cookies to improve your experience while you navigate through the website. Out of these, the cookies that are categorized as necessary are stored on your browser as they are essential for the working of basic functionalities of the website. We also use third-party cookies that help us analyze and understand how you use this website. These cookies will be stored in your browser only with your consent. You also have the option to opt-out of these cookies. But opting out of some of these cookies may affect your browsing experience.
Necessary Always Enabled
Necessary cookies are absolutely essential for the website to function properly. This category only includes cookies that ensures basic functionalities and security features of the website. These cookies do not store any personal information.
Non-necessary
Any cookies that may not be particularly necessary for the website to function and is used specifically to collect user personal data via analytics, ads, other embedded contents are termed as non-necessary cookies. It is mandatory to procure user consent prior to running these cookies on your website.
SAVE & ACCEPT